To share your memory on the wall of Robert Snider, sign in using one of the following options:

Provide comfort for the family of Robert Snider with a meaningful gesture of sympathy.

To plant a memorial tree in honor of Robert Snider, please visit our Heartfelt Sympathies Store.

We encourage you to share your most beloved memories of Robert here, so that the family and other loved ones can always see it. You can upload cherished photographs, or share your favorite stories, and can even comment on those shared by others.

Posted May 02, 2019 at 12:49pm
Dear Lisa and Family, Sending much love and sympathy to all of you - May God Bless your Dad with everlasting life..
Comment Share
Share via:
KV

Posted May 01, 2019 at 03:31pm
The fondest childhood memories I have all include Uncle Bob. I've never met another Man that could make everyone around him feel special like he made us all feel. I love you and always will Uncle Bob.

Posted May 01, 2019 at 03:20pm
Uncle Bob, I will never forget the times you let Steve and I talk you and/or Dick into driving us to the lake or taking us deep into the fields. Those times in Oswegatchie kindled my life-long need to explore and are such a part of me. I am forever grateful for the times that we spent together and the laughter and the love that we shared. I can also not thank you enough for taking care of your mom, my Grandma. That has always been on my mind. I know I have told you all of this, but I wish I could say it again to you.
Comment Share
Share via: 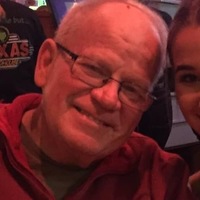