To share your memory on the wall of Johnny Sexton, sign in using one of the following options:

Receive notifications about information and event scheduling for Johnny

We encourage you to share your most beloved memories of Johnny here, so that the family and other loved ones can always see it. You can upload cherished photographs, or share your favorite stories, and can even comment on those shared by others.

Posted Nov 27, 2019 at 03:00pm
My condolences go out to Ms. Carol and her extended family. Mr. Ray helped me personally several times with getting a job here in Stewart County. Thank you for your service and all you did for this community. You will be missed by all.
Comment Share
Share via:
DY

Posted Nov 25, 2019 at 04:47pm
My fondest memories of Ray are from the Stewart County Historical Society's meetings and projects. A fine man and good friend. Prayers for comfort and peace for Carol and all his family.
Comment Share
Share via: 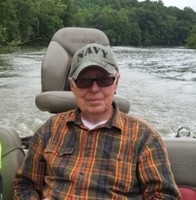