To share your memory on the wall of Douglas DeRose, sign in using one of the following options:

To plant a memorial tree in honor of Douglas DeRose, please visit our Heartfelt Sympathies Store.

Receive notifications about information and event scheduling for Douglas

We encourage you to share your most beloved memories of Douglas here, so that the family and other loved ones can always see it. You can upload cherished photographs, or share your favorite stories, and can even comment on those shared by others.

Posted Feb 12, 2020 at 05:23pm
My sympathy especially to Bryan and Misty who lived close to my Mother, Ophelia Edwards, when you were children.
Comment Share
Share via:
DM

Bonnie Mae and family, Rick and I were so sorry to hear of your loss of Doug. Please know I pray for all of you daily the pain will sting for ever but the sweet memories you have will last a lifetime. Just know I’m here if you need anything at all. I’m sorry I couldn’t be there for you but my heart was with you. I love you and many prayers are with you. Love, Deb Marsh 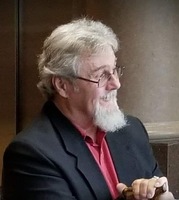