To share your memory on the wall of Bobby Byrd, sign in using one of the following options:

Provide comfort for the family of Bobby Byrd with a meaningful gesture of sympathy.

Print
Bobby Neal Byrd, age 79, of Dover, passed away January 6, 2019 at Diversicare of Dover after a long, courageous battle with cancer. He fought with amazing strength, perseverance and bravery during his 21 year battle.

Bobby was born May ... Read More
Bobby Neal Byrd, age 79, of Dover, passed away January 6, 2019 at Diversicare of Dover after a long, courageous battle with cancer. He fought with amazing strength, perseverance and bravery during his 21 year battle.

Bobby was born May 29, 1939, in the Cub Creek community near Indian Mound, Tennessee. He was the youngest child of Thomas H. and Flossie Smith Byrd, deceased. He was also preceded in death by brothers, Joe, Fred, William Lee, Jimmy, Smith, Billy and Kelly Byrd.

Bobby was a 1957 graduate at Stewart County High School, US Army Veteran, member of Taylor’s Chapel Church of Christ, and Moriah Grove Lodge #301. He was retired from Trane, and employed by Paris Landing State Golf Course. He was an avid golfer and Tennessee Vol fan.

To plant a memorial tree in honor of Bobby Byrd, please visit our Heartfelt Sympathies Store.

We encourage you to share your most beloved memories of Bobby here, so that the family and other loved ones can always see it. You can upload cherished photographs, or share your favorite stories, and can even comment on those shared by others.

Posted Jan 10, 2019 at 10:49pm
Cookie, I'm was saddened to hear the news of Bobby passing. He was a very brave man, and you were a dedicated wife that fought a long hard battle right by his side. May you find comfort in your many memories. Love you friend.
Comment Share
Share via:
BR

Posted Jan 09, 2019 at 11:31am
Cookie and Brian. So sorry for your loss. Keeping you in my prayers. Know you all fought a valiant battle. May God bless and comfort you. Wanda
Comment Share
Share via:
PS

Posted Jan 08, 2019 at 10:11am
Keeping the family in our thoughts and prayers. Reed grew up down the road from the Byrd family. Many memories. God bless you all.

Posted Jan 07, 2019 at 04:19pm
To the Byrd family. I am very sorry for the loss of Bobby and wish you every comfort as a family. He will be missed by many fine people I am sure, but no more than the Paris Landing Golf Course staff and all of our guests. We appreciate his service to the course and the community and wish all of the family well as we celebrate his life.
Mike Nixon
Tennessee Golf Trail
Comment Share
Share via: 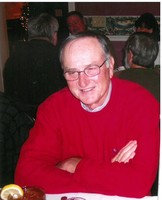