To share your memory on the wall of Mark Anglin, sign in using one of the following options:

Provide comfort for the family of Mark Anglin with a meaningful gesture of sympathy.

Mark was a 1981 graduate of John A. Gupton College where he earned an Associate Degree in Mortuary Science. He was a second generation co-owner of Anglin Funeral Home, where he served his community for over 40 years. He is also co-owner and operator of Rose Ella Village and Centsable Storage.

Mark was a devoted husband and loving father. He was an avid golfer, playing weekly with the group, The Bandits. He was a founding member of the Stewart County Community Youth Council and the Spirit of One Youth Conference.

Most importantly, he was an active member of Dover First Church of the Nazarene, where he attended his entire life. For over 38 years he served in the music ministry and worked with the church youth, as both a Sunday School Teacher and NYI president. He also served 25 years on the leadership board as trustee and then as church secretary.

The funeral service will be at 11:00 am on Wednesday, June 26, 2019 at Anglin Funeral Home with Rev. Don Garrett and Rev. Jonathan Leonard officiating. He will be laid to rest at Stewart County Memorial Gardens. Visitation will be from 4:00 – 7:00 pm on Tuesday, June 25 at Anglin Funeral Home. Pallbearers will be Martin Lane, Marvin Lane, Wayne Anglin, Stoney Odom, Neal Mathis, David Wallace, and David Allen.

In lieu of flowers, memorial donations may be made to Dover First Church of the Nazarene 1335 Donelson Pkwy. Dover, TN 37058.
Arrangements are entrusted to Anglin Funeral Home, Dover, Tennessee.
Read Less

We encourage you to share your most beloved memories of Mark here, so that the family and other loved ones can always see it. You can upload cherished photographs, or share your favorite stories, and can even comment on those shared by others.

Posted Jun 26, 2019 at 07:33am
To the Anglin family, my heartfelt condolences for your loss. Please find comfort in the knowledge that God promises to end all suffering. Before long, God will wipe out every tear from our eyes, and “death will be no more, neither will mourning nor outcry nor pain be anymore. The former things (will) have passed away.”(Rev. 21:3,4). May this promise from God give you comfort now and a real hope for the future. My deepest sympathy.

Posted Jun 25, 2019 at 09:33pm
On behalf of the board and staff of the Tennessee Funeral Directors Association we extend our deepest condolences and sympathies in the loss of Mark. Our thoughts and prayers are with you all during this difficult time.
Sincerely, Randy Nash
TFDA President
Comment Share
Share via:
LW

Posted Jun 24, 2019 at 09:25pm
To all the Anglin Family:
We have loved y'all all through the years and our hearts are broken at your loss of Mark. Our prayer is that God will hold you in His Everlasting Arms. We are proud of Mark for all the good that he brought into the world.
Comment Share
Share via:
JL

Posted Jun 24, 2019 at 06:13pm
To the Anglin Family: Our thoughts and prayers are with you during this difficult time. May you find strength and comfort in memory of Mark, his life so beautifully lived, a heart so deeply loved.
Janet Timmons Lancaster and Jeannie Timmons Lyon.
Comment Share
Share via:
E

Posted Jun 24, 2019 at 12:00pm
We are sorry for your loss. When this happens in our family we need more than human strength. God and his Son can provide what we need. Please review these scriptures: John 5:28,29 and Revelation 21:4
Comment Share
Share via: 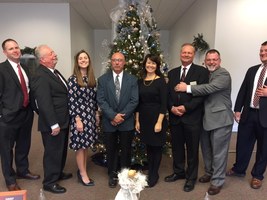 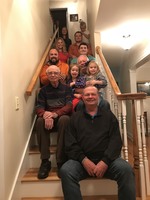