To share your memory on the wall of Gregory Bonecutter, sign in using one of the following options:

He is survived by his wife, Chris, of Dover; his children, Greg, Jr., Angie (Dave) Dunbarger, Brian (Paula) King, all of West Virginia, and Michele "Mikki" (Keith) Harper of Nashville; two sisters, Judy Adams and Christi Francis of West Virginia; six grandchildren, two great-grandchildren, and several nieces and nephews. He was preceded in death by his parents, Captain Harley and Lorena (Bright) Bonecutter and his sister, Lucrechia "Che-Che" Marks.

No services are planned. Cremation services were handled by Anglin Funeral Home in Dover.

In lieu of flowers, the family requests that friends pay their respects by exhibiting the same generous and loving spirit Greg did by being kind to one another, holding loved ones close, and lending a helping hand to those in need.
Read Less

There are no events scheduled. You can still show your support by sending flowers directly to the family, or planting a memorial tree in memory of Gregory Bonecutter Sr..
Plant a Tree

We encourage you to share your most beloved memories of Gregory here, so that the family and other loved ones can always see it. You can upload cherished photographs, or share your favorite stories, and can even comment on those shared by others.

Posted Jan 14, 2020 at 04:52pm
It almost hurts too bad to share, but I promised that not another loved one was to pass on without standing up for them. Even though miles always separated us, I don't think that our hearts could be any closer. He knew when I was facing cancer last year that I would miss the presence of his sister, my mother in my life. He reached out to me several times and helped to fill that void. So many unforgettable memories. Our family and friends could write a book. So I'll just take a short cut for now and say: My Uncle Greg was one of the best men I ever knew. He was full of love and fun and didn't with hold it from anyone. Say hi to all our loved ones up there unca' Boney and give them all hugs... until we meet again...I'll love you forever!
Comment Share
Share via:
DW

Posted Jan 13, 2020 at 10:46am
Condolences for the loss of your Father Michele. What an interesting life he must have led. Prayers to you and you're Family.
Comment Share
Share via:
R

Posted Jan 12, 2020 at 11:29pm
This wonderful man came into life in the past few years through the Ancestry site and Greg connected me with my birth Mom... I enjoyed our conversations about the family and it's history. My prayers and thoughts go with the family. Renee Cannon
Comment Share
Share via:
CW

Michelle, All of your friends here at TEMA know how much your father "Papa Santa" meant to you and your mother. We know that you have suffered a great loss which can never be minimized. His example and his life are symbols of the great skills and work ethics which you have inherited. He will never be forgotten because every time you achieve a great victory in life folks will always think of how he helped shape your life. We are all thinking about you and convey out best wishes to you. 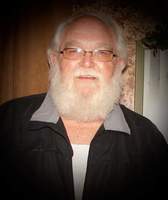 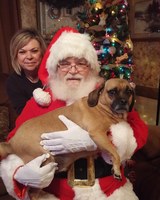