To share your memory on the wall of Betty Taylor, sign in using one of the following options:

Print
On April 12, 2020, Betty Mathis Taylor passed peacefully into eternal life and into the mansion prepared for her.

The home she left behind would have, on Easter, been decorated with bunnies and such and filled with family and friends.
On April 12, 2020, Betty Mathis Taylor passed peacefully into eternal life and into the mansion prepared for her.

The home she left behind would have, on Easter, been decorated with bunnies and such and filled with family and friends.

Betty is best remembered as mother, sister, grandmother, aunt, and friend for her love and generosity.

Her children remember leaving for school each day after she had prepared pretty much whatever they wanted for breakfast.

And if one was a guest, what a hostess Betty was, whether she had invited you for a meal or you just dropped by . . . . Biscuits—the very best biscuits! And now the third generation of her great granddaughters is making Grandma’s biscuits, mixed always with one’s left hand. Cornbread, banana bread, pumpkin bread, zucchini bread.

Pounds of potatoes! Pork chops. Banana pudding. Chocolate cake. Barbeque chicken. (And never had a dishwasher). If you didn’t come to the house, she stayed in touch by telephone. Landline! She checked in daily with her parents, friends, and her sisters, and her children. Sometimes more often. Or she connected with cards, cards, and more cards.

Birthdays were marked on her calendar, and if you were young enough, there may have been two or three-dollar bills for an ice cream treat.

She made us all feel valued and loved, just the way we were.

She really didn’t want dogs in the house (which no one held against her), but she loved the underdog.

If you had a problem, she would listen—and she never offered advice or asked questions. Just unconditional love.

She appeared to get her greatest joy from giving to others. She kept your children when you were in the hospital. She sent food. She did your laundry. So well did she do your laundry that you expected to see little professional tags! And if you were of a certain age, you realized you would never be a homemaker like she was; because, really, sheets, tablecloths, or underwear didn’t need to be ironed.

She’s the only grandmother I know who wrestled with her young grandsons. And twenty years later was prepared to send any sum she could when she was “notified” by phone that one of those grandsons (who was in the Peace Corps) was in trouble and needed money.

She loved the holidays. Especially Christmas—Christmas plates, Christmas glasses, Christmas tablecloths, Christmas Sunday School parties, Christmas trees . . . . And if a child should happen, in excitement, to grab an expensive ornament from Germany in her home, she would just smile and say, “That’s alright,” because she loved children—her own, assorted others, and especially the grandchildren.

Christmas at Grandma’s was anticipated every year. First cousins and second cousins, crazy cousins, aunts and uncles on Christmas Eve.

And her greatest pleasure was opening gifts—the ones she gave to her family and her friends.

Her life was a continuing gift to us.


Betty was born on April 17, 1930 in Dover, Tennessee, daughter of the late Douglas and Irene (Davis) Mathis.

She was preceded in death by her husband of 48 years, William Clark Taylor.

She was also preceded in death by her brothers, Russell Glen Mathis and Kenneth Hugh Mathis. She is survived by her sisters Neva Ruth Gray (Orman) and Frances Harriett Settle (James Roy).

In lieu of flowers, donations should be made to Park Lane Church of the Nazarene; 225 Cunningham Lane; Clarksville, Tennessee; 37042.

Receive notifications about information and event scheduling for Betty

We encourage you to share your most beloved memories of Betty here, so that the family and other loved ones can always see it. You can upload cherished photographs, or share your favorite stories, and can even comment on those shared by others.

Posted Apr 17, 2020 at 11:49am
My aunt Betty always sent me a birthday card with my name spelled, "Dug." I remember the cuckoo clock in her living room and those awesome, left-handed biscuits. She did come to take care of me when I was in elementary school once and she made me whatever I wanted for breakfast, lunch and dinner. She was always giving of her time. Dad loved to be in the presence of his brother and sisters. When we would leave Tennessee, it was always so hard for him to say goodbye. Now he and Kenneth are greeting her. My beautiful little girl is meeting Betty for the first time. Betty, your suffering has ended. Aunt Ruth gave me a daily devotional book by Norman Vincent Peale years ago. The message for April 12th has an amazing message within a short prayer, "....And we thank You that the power of love is all around us, and that by the grace of Jesus Christ we can have sound, undistorted minds to grapple efficiently with any of the problems of life. Bless us all, that we may live truly unafraid...." Love was always running through Betty, and certainly surrounded her from her family and friends. Now, no disease can distort her thoughts and feelings. Paul wrote in 1Corinthians 2:9, "No eye has seen, no ear has heard, and no mind has imagined the things that God has prepared for those who love him." So much love and support she offered to the world. What a great lady who can now rest easy and surround so many more with her love as she's reunited with so many she has longed to see again.
Comment Share
Share via:
CB

Posted Apr 16, 2020 at 02:05am
I will always be grateful that Tay-Tay kept me when no one else would. She changed my life for the better.

Posted Apr 16, 2020 at 02:00am
To the Barnett kids, she was Tay-Tay! We will always consider her our third grandmother. I remember coming home from school every day in middle school to homemade french fries or a bowl of Kraft macaroni and cheese, and talking to Tay-Tay about my day. She was never judgemental, but often had a bit of wise (or humorous) advice for me! 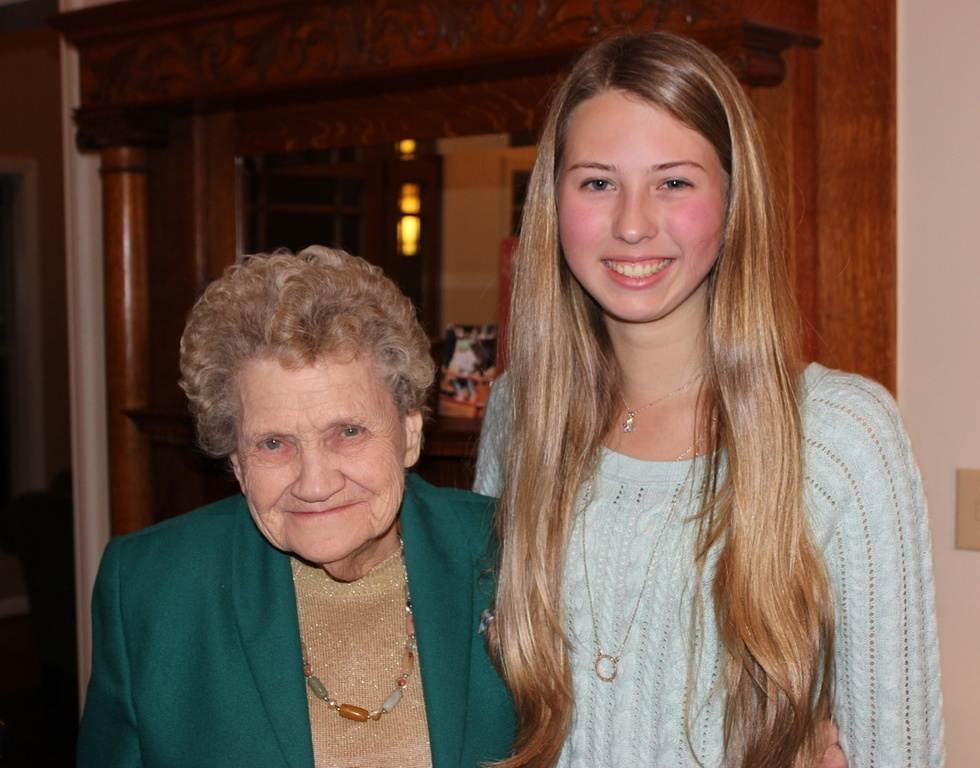 Posted Apr 15, 2020 at 09:42pm
Betty was a very special woman who welcomed me with open arms when Josh And I got married in 2003. She was so full of energy and always had a funny story to tell about her kids or grandkids. She always thought about others and I believe doing things for others genuinely filled her heart. When the girls were younger she would send a card for EVERY holiday With a few dollars inside. They would get so excited to open her cards. She always took the time to make people feel special. That’s what I remember the most about her. She will certainly be missed!
Comment Share
Share via: 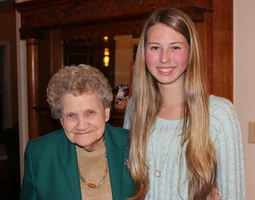