To share your memory on the wall of Terry Dennis, sign in using one of the following options:

Print
Mr. Terry Dennis, age 59 of Cadiz, KY, formerly of Dover, TN passed away Sunday, November 1, 2020 at Trigg County Hospital. He was born December 4, 1960 in Evansville, IN son of the late Paul and Shirley Dennis.

In addition to his pare... Read More
Mr. Terry Dennis, age 59 of Cadiz, KY, formerly of Dover, TN passed away Sunday, November 1, 2020 at Trigg County Hospital. He was born December 4, 1960 in Evansville, IN son of the late Paul and Shirley Dennis.

In addition to his parents, he is preceded in death by his brothers, Randy Dennis and Norman Dennis.

Mr. Dennis worked at TVA as a belt operator. He enjoyed the great outdoors horseback riding and riding his motorcycles.

There will be a memorial service announced at a later date.

Arrangements are entrusted to Anglin Funeral Home, Dover, TN. Online condolences may be made at www.anglinfuneralhome.com.
Read Less

To plant a memorial tree in honor of Terry Dennis, please visit our Heartfelt Sympathies Store.

Receive notifications about information and event scheduling for Terry

There are no events scheduled. You can still show your support by sending flowers directly to the family, or planting a memorial tree in memory of Terry Dennis.
Plant a Tree

We encourage you to share your most beloved memories of Terry here, so that the family and other loved ones can always see it. You can upload cherished photographs, or share your favorite stories, and can even comment on those shared by others.

Plant a Tree in Memory of Terry
Plant a tree 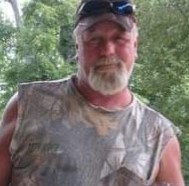