To share your memory on the wall of Steven Swift, sign in using one of the following options:

Provide comfort for the family of Steven Swift with a meaningful gesture of sympathy.

We encourage you to share your most beloved memories of Steven here, so that the family and other loved ones can always see it. You can upload cherished photographs, or share your favorite stories, and can even comment on those shared by others.

Posted Jan 14, 2019 at 12:04am
Met Steve years ago in school. Always thought a lot of him.Humorous and an infectious smile. I am so vedy sorry for your loss. God's blessings for all of you.
Comment Share
Share via:
MC

Posted Jan 10, 2019 at 05:38pm
Stephanie, Todd, and family you have my deepest condolences. I pray God’s strength unto you all. I cherish every moment spent caring for him. I count it an honor and a privilege to have cared for such a great man.
Comment Share
Share via:
DH 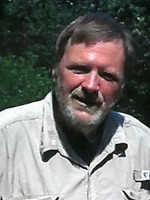