To share your memory on the wall of Rosa Wallace, sign in using one of the following options:

In addition to her parents, Mrs. Wallace is preceded in death by her beloved husband, Hubert Wallace, son, Anthony Wallace, brothers, Guiseppe Passalacqua and Antonio Passalacqua, and sister, Lina Passalacqua.

Receive notifications about information and event scheduling for Rosa

We encourage you to share your most beloved memories of Rosa here, so that the family and other loved ones can always see it. You can upload cherished photographs, or share your favorite stories, and can even comment on those shared by others.

Posted Sep 21, 2020 at 10:39am
All of us at Citizens Energy Group Underground Storage send our deepest sympathies for your loss.

3 trees were planted in the memory of Rosa Wallace

Posted Sep 21, 2020 at 01:17pm
Everyone loved Mrs. Rosa!!! I always enjoyed spending the night at Erika's house. Mrs. Rosa always made you feel like it was your home too not to mention she made the most amazing food! You could just feel the closeness that she shared with her family. She will truly be missed! Praying for peace and comfort for all of you.
Comment Share
Share via:
AL

Posted Sep 20, 2020 at 09:47am
I will remember those days as well. She will be greatly missed. She always came in with a smile. As we sat around the table at the nursing home, I couldn't help but laugh with you and your family even on a rough day. Loved her.
Comment Share
Share via:
PE

Posted Sep 18, 2020 at 10:02pm
Nona was such an easy person to love and someone who brought instant joy anytime you were lucky enough to be around her. We love you all so much.

She loved both of you ❤️
D

She loved both of you ❤️ 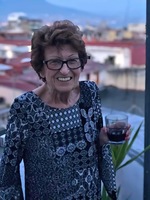 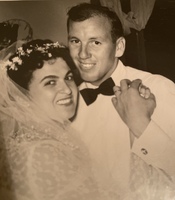