To share your memory on the wall of Ronald Rosser, sign in using one of the following options:

He was born in Columbus, OH on Thursday, October 24, 1929, the eldest son of Joh... Read More
Ronald Eugene Rosser, 90, of Roseville, Ohio, peacefully passed away on Wednesday, August 26, 2020 at his daughter’s residence in Bumpus Mills, Tennessee.

He was born in Columbus, OH on Thursday, October 24, 1929, the eldest son of John Milton and Edith Marie (nee: Riffle) Rosser.

Ron prided himself being born a coal miner’s son at the height of the Wall Street Crash of 1929 (The Great Crash) resulting in the Great Depression. Early in life, Ron learned the value of sacrifice and selfless service which would continue to be a virtue of his. He often said jokingly, that being the oldest son of 17 children he eventually lost his seat at the table, graduated high school, and enlisted in the US Army.

During Ron’s first enlistment in the Army at the end of WWII, he honorably fulfilled his enlistment contract by participating in the Occupation of Japan and Occupation of Germany. After service, he returned to his hometown and picked up life where he left off. Before long, the Korean War began and Ron’s brother, Richard, was killed in combat during some of the first battles in which US forces were involved. Motivated to avenge his brother’s death, Ron again enlisted in the Army requesting immediate combat duty in Korea. It did not take long before his wish was granted and he found himself on the front lines facing the adversary North Korean and Chinese forces. His first assignment in combat was as a radio man (RTO) for the Forward Observer of a heavy mortar company. As a result of the rigors of combat, Ron quickly became the Forward Observer and frequently called on by name to provide fire support and move with lead elements.

On January 12, 1952, while on a combat patrol with Company L, 38th Infantry Regiment, 2nd Infantry Division, Corporal Rosser’s unit found themselves engaged with a heavily fortified enemy on a high hill positions near Ponggilli, Korea. He was at his Captain’s side when higher headquarters gave the order for a final assault which all felt would be their last. With the Captain badly wounded and not able to lead the charge, Ron volunteered himself saying, “Don’t worry Captain, I will lead the men for you”. As a result of his valor and heroism he was recommended for the Medal of Honor which met no resistance during the approval process.

Cpl. Rosser was presented The Congress the Medal of Honor on June 27, 1952 at the White House in Washington, DC by President Harry S. Truman.

The citation reads: Cpl. Rosser distinguished himself by conspicuous gallantry above and beyond the call of duty. While assaulting heavily fortified enemy hill positions, Company L, 38th Infantry Regiment, was stopped by fierce automatic-weapons, small-arms, artillery, and mortar fire. Cpl. Rosser, a forward observer was with the lead platoon of Company L, when it came under fire from two directions. Cpl. Rosser turned his radio over to his assistant and, disregarding the enemy fire, charged the enemy positions armed with only carbine and a grenade. At the first bunker, he silenced its occupants with a burst from his weapon. Gaining the top of the hill, he killed two enemy soldiers, and then went down the trench, killing five more as he advanced. He then hurled his grenade into a bunker and shot two other soldiers as they emerged. Having exhausted his ammunition, he returned through the enemy fire to obtain more ammunition and grenades and charged the enemy bunkers. Although those who attempted to join him became casualties, Cpl. Rosser once again exhausted his ammunition, obtained a new supply, and returning to the hilltop a third time hurled grenades into the enemy positions. During this heroic action Cpl. Rosser singlehandedly killed at least 13 of the enemy. After exhausting his ammunition, he accompanied the withdrawing platoon, and though himself wounded, made several trips across open terrain still under enemy fire to help remove other men injured more seriously than himself. This outstanding soldier's courageous and selfless devotion to duty is worthy of emulation by all men. He has contributed magnificently to the high traditions of the military service.

After his is combat tour in Korea, Ron fulfilled multiple assignments stateside and in Germany while he continued to serve for 22 years. He ultimately decided to retire after the Vietnam War took the life of his brother, Gary. Again, Ron requested to avenge his brother’s death in Vietnam but the Army would not allow him to enter combat operations. Ron retired from US Army at the rank of Sergeant First Class and held multiple leadership positions to include Battalion Sergeant Major. One of his most treasured duties was being selected as a body bearer for the remains of unknown service members from WWII and the Korean War for internment at the Tomb of the Unknown Soldiers at the Arlington National Cemetery. In addition to the Medal of Honor, Ron was awarded the Purple Heart for injuries sustained in combat, Legion of Merit (by S. Korean Government), Army Commendation Medals, Good Conduct Medals, Korean Campaign Medal (4 Battle Stars), Japanese Occupation Medal, Germany Occupation Medal, WWII Victory Ribbon, UN Service Ribbon, and Korean Service Ribbon. During his service, he earned the Combat Infantry Badge, Glider Badge, Master Parachutist Badge, Pathfinder badge, Parachute Rigger, Army Recruiter Badge. As a civilian award, he received the Gentleman’s Military Merit Service Medal

After retiring from the US Army, Ron actively participated with the Congressional Medal of Honor Society traveling across the country to share his story and assist in the mission of society. One of his favorite tasks was speaking with children about the choices they make in life, honor, and selfless service. Ron was a part of many organizations to include the VFW, the American Legion, Legion of Valor and many more. He was a life member of VFW Post 3297 and The American Legion Post 222. He was honored to have attended every Presidential Inauguration from President Eisenhower to President Trump.

Ron earned his bachelor’s degree from Atlantic University, becoming the first in his family to earn such a degree. Knowing the importance of education and wanting to give back to the community, he established the Ron Rosser Public Service Scholarship and the Richard and Gary Rosser Scholarship. He felt these scholarships would help keep the names of his lost brothers alive in the communities they called home.

Ron was a very loving and giving father, PaPa, brother, and friend.

Family and friends are invited to pay respects 11:00 am-2:00 pm Saturday, August 29, 2020 at Crooksville High School Gymnasium, 4065 Ceramic Way, Crooksville, OH 43731. Funeral services will be held at 2:00 PM at the school with Pastor Marc Caton as celebrant and other invited speakers offering eulogy and reflections on Mr. Rosser’s life. Ron will be laid to rest next to his wife in Iliff Cemetery in McLuney, Ohio.

In lieu of flowers please make a donation in memory of Ron Rosser to Nationwide Children’s Hospital, 700 Childrens Drive, Columbus 43205.

You may offer condolences and share a special memory with the family at www.goebelfuneralhome.com.

Receive notifications about information and event scheduling for Ronald

There are no events scheduled. You can still show your support by sending flowers directly to the family, or planting a memorial tree in memory of Ronald Eugene Rosser.
Plant a Tree

We encourage you to share your most beloved memories of Ronald here, so that the family and other loved ones can always see it. You can upload cherished photographs, or share your favorite stories, and can even comment on those shared by others.

Posted Aug 30, 2020 at 12:23pm
We are so sorry for Ronald's family. He will have a special place in Heaven to look after his family. He is such a great example of the American soldier. May his actions live on in the hearts of many that will follow him.
We are So Sorry
Richard and Regina Hickson
Comment Share
Share via: 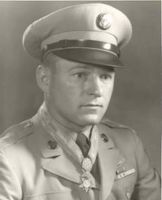 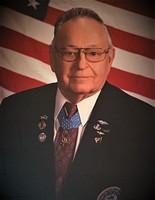