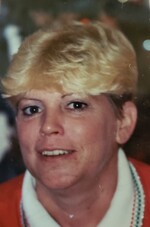 Octavia Ruth Eyre, age 64, of Dover, TN passed away April 2, 2021 at her residence with her loving family around her. She was born September 10, 1956 the daughter of the late Harvey Griffin and Ernestine Hinson Daves.

She was a devoted nutritionist with the public school system and a lifetime member of the VFW, Dover, TN.

In addition to her parents, she is preceded in death by her brother, Harvey Griffin, Jr and sister, Bonnie Daves.

A graveside service will be held Monday, April 5, 2021 at 10:30 am at Grace Gardens, Dover, TN with Bro Jerry Moore officiating the service.

Arrangements are entrusted to Anglin Funeral Home and online condolences may be made at anglinfuneralhome.com