To share your memory on the wall of Michael Cole, sign in using one of the following options:

He is preceded in death by his grandparents Edward and Aimee Cole; Robert and Marcella Stricker.

Mike graduated from Rolla High School Class of 1990. After graduation, he joined the US Navy serving in Operation Desert Storm. He then served in Operation Iraqi Freedom with the Air National Guard. After his service, he studied at NEJATC where he became a Journeyman Electrician and Wireman. He was a member of both the International Brotherhood of Electrical Workers and I.B.E.W Electrical Workers Local Union #429.

Mike, Alex, and his parents attended Big Rock Baptist Church. Besides being an electrician, he loved his sports teams, Kansas City Chiefs, St. Louis Cardinals, and Nashville Predators. Mike enjoyed hiking, kayaking, archery, fishing, and he loved his daughter Alex fiercely. He was great about quoting lines and songs from his love of movies. He had the best sense of humor. He was a loyal father, son, brother, and friend and he will be missed tremendously.


Michael will be cremated and a memorial service may be held at a later date. Online condolences to the family may be made at anglinfuneralhome.com. In lieu of flowers, donations may be made to Monroe Carrell, Jr. Children's Hospital at Vanderbilt at https://www.childrenshospitalvanderbilt.org/information/give-now.

Receive notifications about information and event scheduling for Michael

There are no events scheduled. You can still show your support by sending flowers directly to the family, or planting a memorial tree in memory of Michael David Cole.
Plant a Tree

We encourage you to share your most beloved memories of Michael here, so that the family and other loved ones can always see it. You can upload cherished photographs, or share your favorite stories, and can even comment on those shared by others.

Posted Oct 11, 2020 at 07:50pm
Mike, you’ve served your last mission Sailor, but GOD has many more for you to fulfill. “SEMPER FI” Mike. RIP. Orville
Comment Share
Share via:
J

Thank you Orville.. your comment speaks the truth.. much love to you!
LM

Posted Oct 11, 2020 at 07:38pm
This is David's cousin Lorna (Fundine) Morrow. I want to send my sympathy to your family during this time of sorrow. I didn't know Mike but I want you to know I will keep everyone in my thoughts and prayers. May your family find peace through prayer at this difficult time. Lorna
Comment Share
Share via:
J

Thank you Lorna for keeping our family in your thoughts and prayers!💙 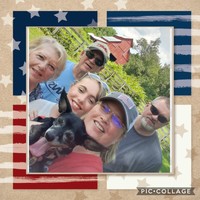 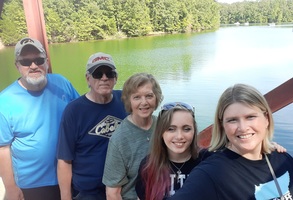 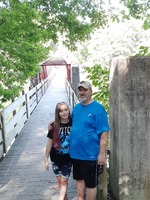