To share your memory on the wall of Maggie Burkhart, sign in using one of the following options:

She was born February 9, 1920, in Stewart County, a daughter of the late Russell and Birdie Mae Hogan Walker.

She was born February 9, 1920, in Stewart County, a daughter of the late Russell and Birdie Mae Hogan Walker.

Maggie was a devoted Christian and lifelong member of Rose Valley Methodist Church, where she served as a longtime Sunday School teacher. She was a master seamstress and spent countless hours creating clothing, costumes, and beloved companions in the form of stuffed animals and Raggedy Anne dolls. Maggie also possessed an enviable green thumb and could grow practically anything from a clipping. Fiercely independent, she tended a large garden and canned its produce well into her 90s.

She was a wonderful cook, gifting friends and family with her famous Christmas cakes. She always got bacon to that perfect place between too floppy and too crisp. She made more pans of cinnamon rolls than we could ever count. Family members have been known to lurk around the stove and scuffle over the final helping of stewed potatoes – nobody can figure out how to cook them her way.

She could sing heartbreaking Appalachian ballads. She would Charleston if you cajoled her enough. She was quick to laugh, but her grandchildren can vouch that you didn’t want to get a bad case of church giggles near her.

Maggie was preceded in death by her husband of 54 years, W.B. Burkhart; both sons, Terry Burkhart and Hal Burkhart; and one grandson, Jason Burkhart.

Maggie is survived by two daughters, Willene (Leonard) Diebold of Lebanon, and Joyce (Cleveland) Turner of Clarksville; seven grandchildren; eleven great-grandchildren; and three great-great grandchildren. She also leaves many other family members and friends who will sadly miss her, but who know she was ready to go home to join her beloved husband and sons.

Receive notifications about information and event scheduling for Maggie

We encourage you to share your most beloved memories of Maggie here, so that the family and other loved ones can always see it. You can upload cherished photographs, or share your favorite stories, and can even comment on those shared by others.

Kellie Adams, Karen Porter and Pat Atkins purchased flowers and planted a memorial tree for the family of Maggie Burkhart.

Posted Apr 02, 2020 at 10:27pm
It was a blessing to have met Mrs. Maggie at Diversicare in recent years. Her smile and her smiling eyes drew me in the first time I met her, as though she knew me and I knew her. I told her once that she reminded me of the only grandmother I would ever know and she smiled and accepted my hugs. The memoirs of her obituary only enhance what I believed about this woman then, and certainly feel now, that this angel had wings awaiting her, and that she is now fully adorned and recognized as the Child of God that brought light into the lives of untold numbers of family members and devout friends. To those left behind, you were truly blessed to have her in your life. May your memories be enough until you meet again.
Comment Share
Share via: 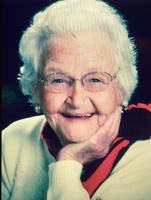