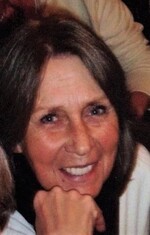 Kathy S. Atkins, age 69 of Dover, TN was called home to be with the Lord on April 10, 2022 at her son and daughter-in-law’s residence, with her loving family by her side. She was born April 10, 1953 in Dover, TN, the beloved daughter of the late Everett Glenn and Daisy Earlene Atkins. Kathy was a hard worker, retiring as a cook for Ingram Marine Group. She was a loving and devoted mother and cherished her grandchildren and great-grandchildren. Kathy grew up in a big family and had a special bond with each of her sisters and brothers. She leaves behind many precious memories what will be cherished by her children, grandchildren, great-grandchildren, sisters, brothers, nieces, nephews, aunts, uncles, and many dear friends.

In addition to her parents, she is preceded in death by her beloved brother, Tommy Atkins and sister-in-law Teresa Atkins.

A celebration of life will be announced at a later date.

Arrangements are entrusted to Anglin Funeral Home, Dover, TN. Online condolences may be made at anglinfuneralhome.com.