To share your memory on the wall of James Luffman, sign in using one of the following options:

Receive notifications about information and event scheduling for James

Posted Sep 27, 2019 at 08:15pm
Jimmy,
Our sincere condolences on the passing of your father. I know all too painfully about this loss. We are lifting all of you up in our prayers at this time of grief. We love you and pray for God's peace and comfort at this time.
Slater, Barbara, and Lea Ann Mason
Comment Share
Share via:
JA 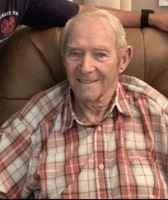