To share your memory on the wall of James Drinnon, sign in using one of the following options:

To send flowers to the family or plant a tree in memory of James "JD" Drinnon, please visit our Heartfelt Sympathies Store.

Your Albea family in Morristown sent flowers to the family of James "JD" Drinnon.
Show you care by sending flowers

Posted Sep 05, 2019 at 05:24pm
Sherrie ,mike and family our thoughts and prayers are with you all . We are thinking of you during this difficult time. love you Cathy and JD.

Flowers were purchased for the family of James Drinnon. Send Flowers

Your Albea family in Morristown

Posted Sep 05, 2019 at 07:42am
Wishing you peace to bring comfort, courage to face the days ahead and loving memories to forever hold in your hearts.

Your Albea family in Morristown purchased flowers for the family of James Drinnon. Send Flowers

Posted Sep 04, 2019 at 10:18pm
My heart just breaks! I loved Mr. JD and enjoyed his visits to Treasures on The Trace. He would always say “I hope you ladies do well, I really do!” And I know he always meant it. We all looked forward to his visits. He was always in search of a good bargain and lived to talk about his daughters! He will surely be missed. I’m so lucky to have known him and wouldn’t trade a thing for the happiness he brought me or the smiles that came to my face when that old red truck puttered up in the parking lot. And I always smiled when he pulled out like a bullet!! Rest easy now Mr JD as you enjoy those streets of Gold with your wife. ❤️
Comment Share
Share via:
HS

Posted Sep 04, 2019 at 07:49pm
May God be with all Dons family. From the Hachtels, Rasburys &Stevensons. Love you all. Life Long Friends.

Flowers were purchased for the family of James Drinnon. Send Flowers

Posted Sep 04, 2019 at 06:28pm
I loved and thought the world of this man. I loved going to visit with Sherrie and listening to his stories. he treated me as one of his family. 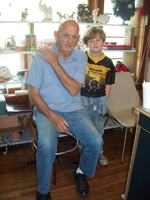 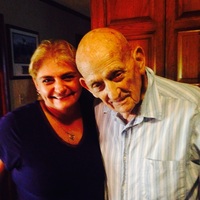 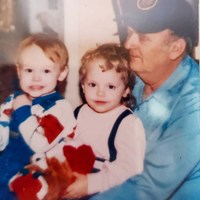