To share your memory on the wall of James Armstrong, sign in using one of the following options:

A memorial service will be announced at a later date. Arrangements are entrusted to Anglin Funeral Home, Inc. Dover, TN.
Read Less

There are no events scheduled. You can still show your support by sending flowers directly to the family, or planting a memorial tree in memory of James Armstrong Jr..
Plant a Tree

Posted Dec 31, 2019 at 01:18pm
I am Jim Christy and live in Clarksville , I had the honor of working with Jim at South Cebtral Bell and have many, many funny things That I have fond memories of Jim doing and so many Funny sayings!! He was a dear friend of mine and I am totally surprised to hear of his Passing!i I would like to express my sorrow to Jim’s Family and wish you the best at this time of Loss!! I remember his story of coming home from Vietnam & how lucky I was to miss that War! I will be remembering him and his Family ! 🙏🙏🙏 Jim.Christy
Comment Share
Share via:
BP

Posted Dec 30, 2019 at 10:52pm
I meet Jimmy as a work companion 15 years ago and i always looked up to him. He was allways there to help the younger worker and would help you learn to do things correct. I have lots of memories of days worked together. Rest in peace Mr. Jim you will be missed but never forgotten. God bless Dianna and his family.

Posted Dec 29, 2019 at 12:49pm
Jim
I want to express my love and gratitude to you and Dianna for all you’ve done for us. You both have been so generous and kind to our family over the years. I still remember the very first gift you sent us for Brynnly when she was born. The cute build a bear with yours and Dianna’s voice in it saying hi to Brynnly and that you were her grandparents in Tennessee. It was so sweet. The girls and I always talk to fondly of our visits to Tennessee, those were some of the best vacations and the most fun times the girls and I have had. Thank you again for showing the girls so much love. Your generosity, love and support will never be forgotten and neither will our memories of all our time with you and Dianna.
Much Love,
Megan, Brynnly & Brooklyn
Comment Share
Share via:
A

Posted Dec 28, 2019 at 03:27pm
Dad, it was so difficult to hear of your rapidly declining health. It was devastating to hear of your passing. I know you were in so much pain so this was a blessing in disguise. So many memories are coming back to me as I am reminiscing about my childhood. I was always your angel, and your nickname for me was “pie face “. I’m thankful we were able to reconnect in recent years and that you were able to have a relationship with my two boys. I am grateful that you had such an amazing wife, Dianna, taking care of you in sickness and in health. We will all try to comfort her during this difficult time. May you Rest In Peace now and know that I love you. You will be missed. 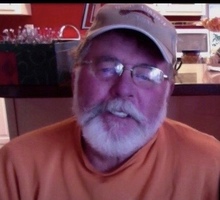 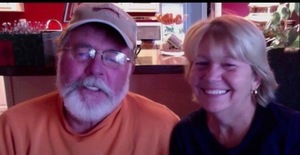