To share your memory on the wall of Harvey Clark, sign in using one of the following options:

To plant a memorial tree in honor of Harvey Clark, please visit our Heartfelt Sympathies Store.

Receive notifications about information and event scheduling for Harvey

We encourage you to share your most beloved memories of Harvey here, so that the family and other loved ones can always see it. You can upload cherished photographs, or share your favorite stories, and can even comment on those shared by others.

Posted Jan 02, 2020 at 08:52am
It was very sad news to hear of Harvey's passing. Our thoughts and prayers are with you during this difficult time.

Posted Dec 30, 2019 at 03:22pm
I am so sorry for the passing of Harvey Clark. He surely will be Missed. Knew him years ago while he was manager of the Ft Campbell Airbase club. My family will keep him in our prayers. May he rest easy in Heaven with all his Military Brothers and Sisters. Dianna we are so sorry. Even though it has been a few years we will always be freinds. Harvey was always good for a joke and he was such a happy man.
Comment Share
Share via: 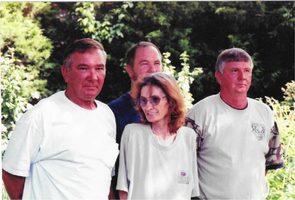