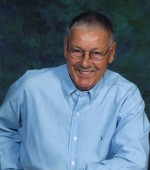 Gordon "Browning" Bumpus, age 82, went to be with his Lord and Savior Wednesday morning, April 24, 2019. He was preceded in death by his love of 53 years, Janice McGregor Bumpus.
Browning grew up in rural Indian Mound, TN, the son of Andrew Haskell Bumpus and Lucy Eloise Tippit Bumpus. Growing up, he farmed, fished, and roamed the hills and hollows of the Mound. His self-sufficient and strong work ethic began early by working the family farm and continued as an elevator operator and bellhop at the Hermitage Hotel in Nashville as a teenager. These early experiences helped him become a successful small-business owner of B&M Furniture Store and B&M Dairy Freeze (The Dip). Many Stewart Countians can recall the joys of flipping The Dip– a tradition he took pride in as long as folks didn't block the drive-thru. His long work days frequently lasted well into the night as his first and foremost priority was to be a loving provider for his family.
Browning was a Christian and member of Cross Creek Baptist Church. He loved U.T. football and spent many years traveling the country to attend home and away games.
In addition to his parents and wife, he is preceded in death by his siblings, Haskell Bumpus and Josephine Bumpus Lewis. He is survived by his five children, Melanie Mathis (Ronnie), Laurie Chaffin (Wayne), Todd Bumpus (Amy), Bethanie Romkey (David), Heather Genz (David), blessed with twelve grandchildren and ten great-grandchildren, and also survived by siblings, Ruth Bumpus Butts, Gustie Bumpus Darr, and Henry Bumpus. His grandsons will serve as pallbearers.
Visitation will be at Anglin Funeral Home on Friday, April 26 from 4:00-8:00 P.M. and Saturday, April 27 from 9:00 A.M. until the beginning of services at 11:00 A.M. Burial will be at Fairview Cemetery in Indian Mound. In lieu of flowers, donations can be made in his memory to the Cross Creek Baptist Church building fund c/o Zannie Earheart, 117 Byrd Road, Dover, TN 37058.
Arrangements are entrusted to Anglin Funeral Home, Dover, TN.