To share your memory on the wall of Gordon Bumpus, sign in using one of the following options:

Provide comfort for the family of Gordon Bumpus with a meaningful gesture of sympathy.

Receive notifications about information and event scheduling for Gordon

We encourage you to share your most beloved memories of Gordon here, so that the family and other loved ones can always see it. You can upload cherished photographs, or share your favorite stories, and can even comment on those shared by others.

Posted Apr 25, 2019 at 06:14pm
Heather:Thinking of you and your family. Hold on to the sweet memories of your dad for comfort.

With love, Susie Bunch purchased flowers for the family of Gordon Bumpus.

Flowers were purchased for the family of Gordon Bumpus.

Kathys Cafe purchased flowers for the family of Gordon Bumpus.

Posted Apr 24, 2019 at 05:51pm
Dear Bumpus Family, I am so sorry for your loss. When we lose a love one in death it is never easy. During this difficult time may your family find comfort in Gods word the Bible that soon we will see our love ones again. -John 5:28,29

I am so sorry for your loss. I sure thought a lot of Browning. I worked for him and Mr. Mann at the Dairy Dip while I was in high school. 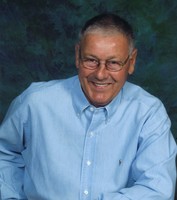