To share your memory on the wall of Garland Humphries, sign in using one of the following options:

Receive notifications about information and event scheduling for Garland

There are no events scheduled. You can still show your support by sending flowers directly to the family, or planting a memorial tree in memory of Garland L Humphries.
Plant a Tree

We encourage you to share your most beloved memories of Garland here, so that the family and other loved ones can always see it. You can upload cherished photographs, or share your favorite stories, and can even comment on those shared by others.

Posted Mar 07, 2020 at 07:21pm
Oh, Sonny-how you loved me. And I loved you. The Lord brought you and Barb into my life for so many reason, I was truly blessed. I can never express in words how I feel about you both. Coming to my side and stepping in for my father who has been gone too long and walked me down the aisle as I said "I do" to Tony. Your shining smile and your big heart-and your love for that corvette. But more importantly your love for Barbara has always been an example to me of being able to start over.
Comment Share
Share via: 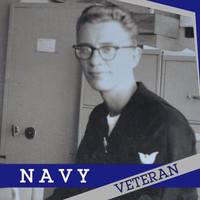