To share your memory on the wall of Everett Earhart, sign in using one of the following options:

Provide comfort for the family of Everett Earhart with a meaningful gesture of sympathy.

We encourage you to share your most beloved memories of Everett here, so that the family and other loved ones can always see it. You can upload cherished photographs, or share your favorite stories, and can even comment on those shared by others.

Posted Mar 25, 2019 at 10:57pm
Ms. Mary, Sorry to hear of Everett's passing! I am sure dad is waiting on him to get something gowning like logging or something. May they finder each other and get to building something! Bless you and may God watch over you and keep you safe! Always, Sherrie Humphrey Hernandez 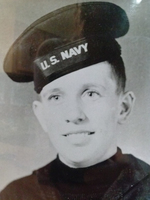